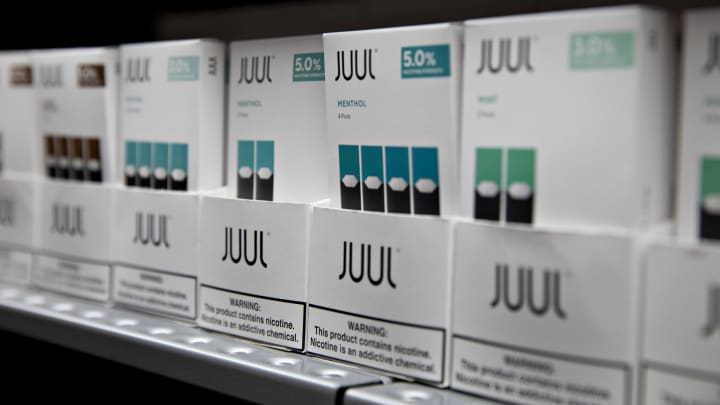 The US Food and Drug Administration (FDA) has issued a ban on several e-cigarettes flavored cartridges. Under this ban, the FDA has banned flavors like fruit, candy, and mint which are very much appealing to kids although they exclude tobacco and menthol.

FDA will enforce certain actions on the companies who will not stop making and selling the banned fruit- and mint-flavored vaping products within 30 days. Alex Azar, Health and Human Services Secretary said, “The United States has never seen an epidemic of substance use arise as quickly as our current epidemic of youth use of e-cigarettes.”
He further added, “By prioritizing enforcement against the products that are most widely used by children, our action today seeks to strike the right public health balance by maintaining e-cigarettes as a potential off-ramp for adults using combustible tobacco while ensuring these products don’t provide an on-ramp to nicotine addiction for our youth.”

The new rules applied by the FDA are focused on prefilled cartridges of vaping products as the USA has witnessed a spike in vaping cigarettes, especially among teens and young adults. Following the ban, FDA Commissioner Stephen Hahn said cartridge-based vaping products are both “easy to use and easily concealable.”

In the past few months, more than 2,500 people had to visit the hospitals due usage of vaping devices which results into severe lung illnesses and other health problems. Health officials have already confirmed that vitamin E acetate in black-market marijuana products are majorly causing the vaping illnesses.

USA government in December has also raised the legal limit to buy cigarettes, cigars or any other tobacco products to people who are aged between 18 to 21.