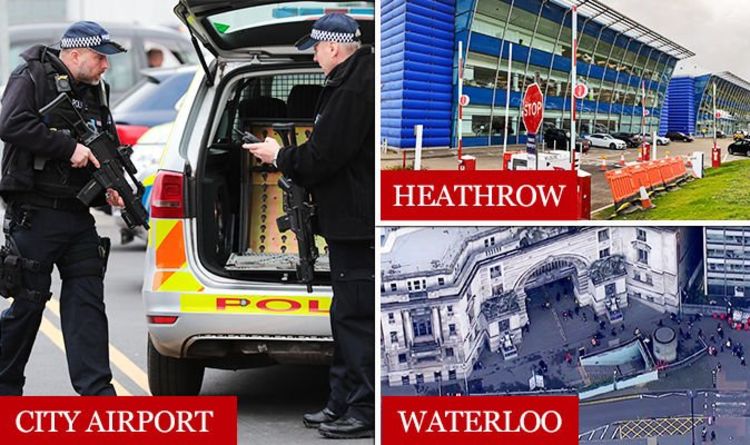 Counter Terrorism police found three un-identified packages containing explosive devices on Tuesday. These three explosive packages were found on the most busy areas of London – Heathrow Airport, London City Airport and Waterloo Station. Counter terrorism police are investigating these three bombs for further clarity on who is behind these potential attacks.

London’s Metropolitan Police said that three suspicious packages were discovered in different areas and we are also trying to find if these three explosive are linked. All these packages were of A4-sized white postal bags containing yellow jiffy bags which further been assessed by specialist officers as small improvised explosive devices.

The first explosive device was found just before 10:00 AM at a site near Heathrow airport. The package when opened by one of the staff at the compass center office block outside the terminal building got burned. After which at around 11:40 AM. British Transport Police were called to investigate one more package in the mail room of the Waterloo station where as third package was found around 12:10 at the City Aviation House outside the London City Airport.

After these explosive devices were found. Local Metro services to London City Airport were affected by ongoing investigation. However, the police insisted that all trains and planes should run on schedule and this should not affect the regular planning of the city metro and airports.