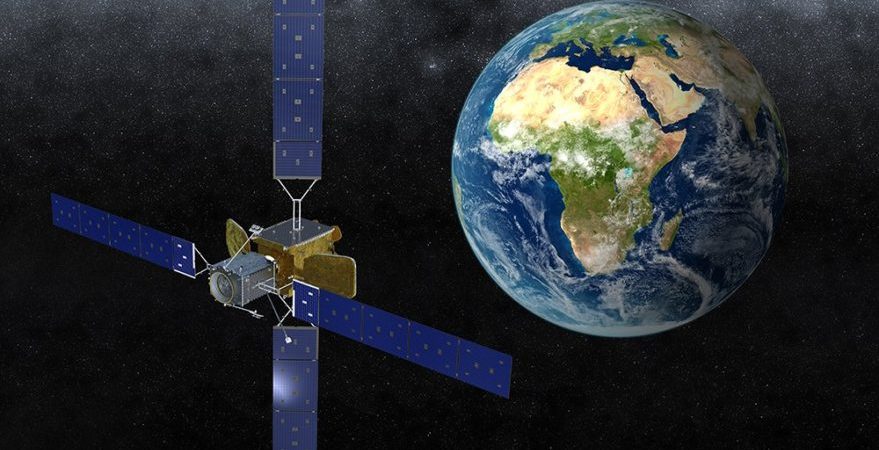 All the current satellites earlier launched have been trashed after the fuel gets exhausted, even those multi-ton, massive giving services till decades goes to trash after the technical or machine failures. Today, a new spacecraft built by Northrop Grumman is been launched aboard a Russian Soyuz that could be the reformation of all the failures till now.

The MEV-1 is a satellite service spacecraft that has a specified mission of meeting up with the Intelsat 901 in orbit and lending its use of its orientation thrusters to put it back into an ideal target orbit, which further extends the 18-year-old satellite’s useful life to five more years. If they succeed further by setting Intelsat 901 back to its track, the possibility of MEV-1 to increase its life span for another orbital satellite that’s running low on propellant supply gets higher.

According to Northrop Grumman, the satellite is so designed that it can be useful up to 15 more years and can be used to dock and undock multiple times, providing full 15 years term use for mission extension to geosynchronous satellites. The satellite will weigh around 4,400 lbs in size when its docked with geosynchronous satellites. This will mark a new era for commercial satellite operation which leads to further decreased amount of operating costs.
Thus, it will be leading it more access for start-ups and smaller companies to take part. Though this MEV-1 is a space tug, it can double up their potential in lesser costs after addition of geosynchronous satellites. Moreover, this will serve multiple customers who will have a share in its development and launch.

Other satellite benefitting projects have come up for companies such as Orbit Fab, which is a gas station space start-up and is also a finalist of Battlefield competition. These business opportunities have increased potential with this new launch that shall lead to space commercialization in orbital spacecraft servicing. This would include upgradations of satellites with new sensors and modules for the different customers.